When your brother C.T. was eighteen months old, he became fascinated with construction equipment.  We would come across a construction site, big or small, and if time permitted, he would stand and watch for hours.  Yes, somehow his attention span extended to hours in the case of diggers.  When we learned about construction happening in or around our community, we made time to visit and observe.  Your father (also interested in construction since childhood) educated both of us, pointing and talking over the noise, about the pieces of equipment, their parts, functions and applications.  If we found a "digger" book, C.T. had to read it.  We must have checked out every construction-related book that existed in our local library during those first couple of years after we realized how enthralled C.T. had become.

We have many photos of your brother from the time he was eighteen months old, deep in thought and completely mesmerized by a piece of equipment or a construction job.  Your father and I would well with tears as we witnessed the wonder in his eyes, the serious yet contented contemplation on his face, as he began to ask and absorb and actually became a little expert in construction.  We felt so fortunate to be basking in C.T.'s development after having lost B.W. 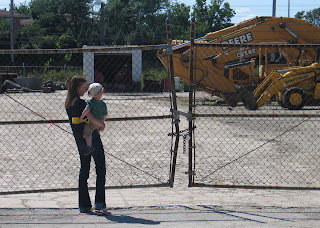 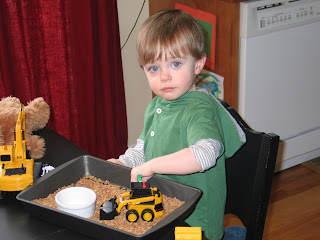 Around the same time, C.T. started carrying a specific yellow shovel everywhere we went.  It became his "yellow digger" and to him, it was just as vital we had that piece of plastic as it was that I had my wallet when we left the house.  Most kids choose a soft toy or blanket to carry as their lovey, but not him.  Your brother wanted to be ready to work, to dig, to shovel - just like his beloved construction equipment.  He carried it around for at least a year, maybe two. 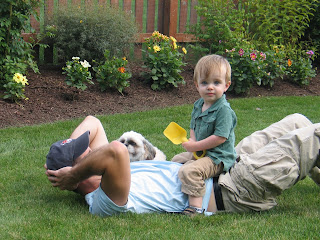 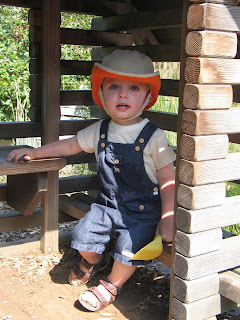 I recently watched a small boy about your age, walking on the sidewalk, holding his mother's hand and carrying a well-worn stuffed puppy dog by the tail.  It must have been his lovey.

I wanted to drop to my knees, sobbing, and pound my fists on the concrete.

I love you.  I still cannot believe we are apart.

Gretchen
Wife. Mother. Putting one foot in front of the other, rather aimlessly, as I grieve the loss of my son Zachary who died on January 20, 2014, as a result of complications from hospital-acquired sepsis. He was 2 weeks old. Oh, and Zachary is the second child in our family to perish. B.W., our firstborn died in 2006. He was stillborn. Life can be so, so cruel. I am kept minimally functional by my husband, B, and living son, C.T. 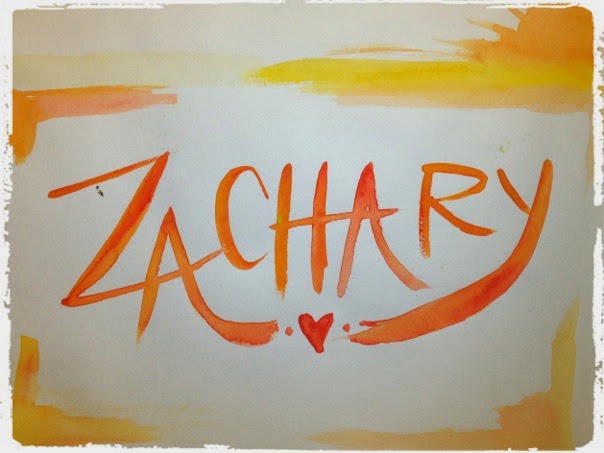